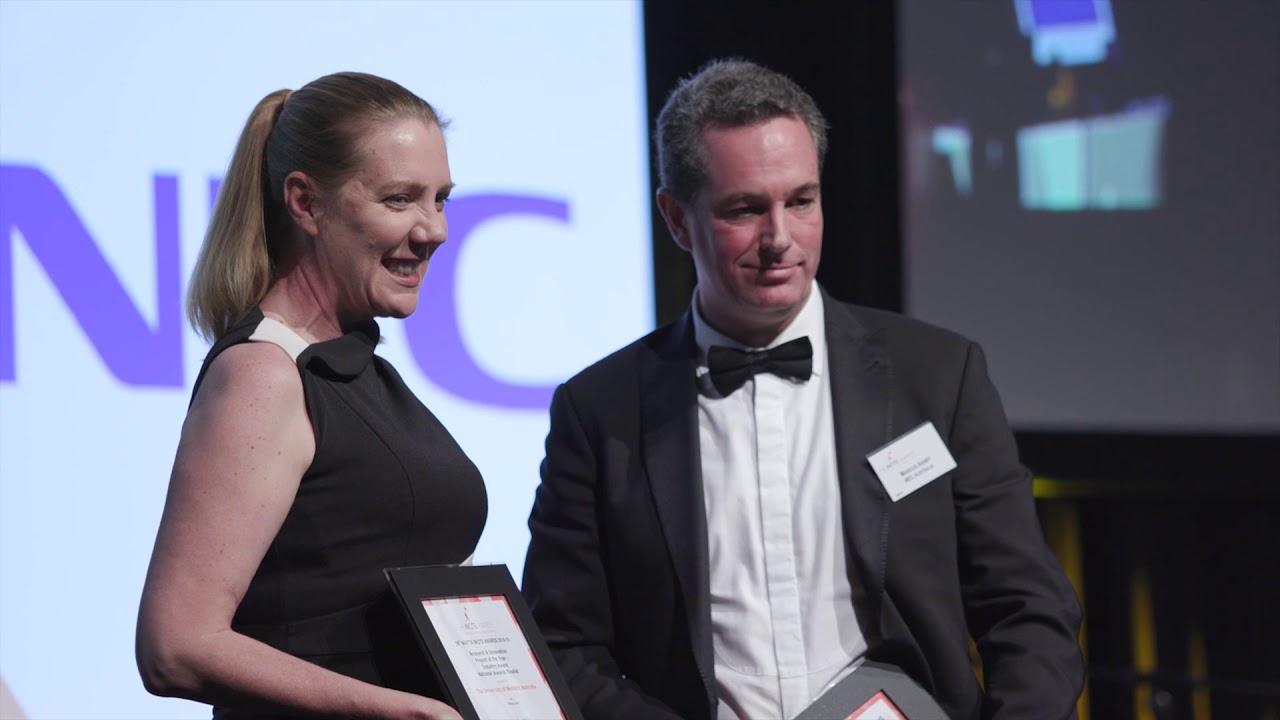 View the photos from the Gala Dinner.

Watch the videos from the 28th INCITE Awards finalists.

The Royal Flying Doctor Service - Western Australia covers two and a half million square kilometres across the state, to locations as close to Perth as Rottnest and as far as Kununurra. Last year the fleet flew seven and a half million kilometres with almost nine thousand patients. That’s equivalent to 10 trips to the moon and back!

In 2009, it entered the jet age, with a Hawker 800XP based at Perth. 2019 brought the next generation, the Pilatus PC-24 jet, “a mobile emergency operating theatre with wings”.

This world first in aero medical services, evolved from Royal Flying Doctor working closely with the manufacturer to include operational features including:

Close partnership between RFDS-WA , aircraft manufacturer, Pilatus and medical equipment and services suppliers to meet WA challenges, not only streamlined RFDS capacity, but also made WA a testbed for international development. From inception, necessity made the Flying Doctor Service an early adapter and inventor as exemplified by the pedal radio. In WA it has become a world standard technology developer.

Schrole Group Ltd (ASX:SCL) delivers innovative, software-based recruitment platforms and training service solutions.
The company has evolved through its depth of knowledge of the Australian and International education sector and is now diversifying its technology and service solutions for other sectors.
Schrole has four product / service divisions:
ISS-Schrole Advantage/ Schrole Connect- an online software-as-service (SaaS) platform that integrates with school websites and enables domestic and international schools to streamline teacher recruitment and candidate management activities;
Schrole Cover - an app-based software platform that engages your preferred relief staff at the touch of a button, avoiding the need for costly SMS and time-consuming phone calls;
Schrole ETAS - provides customised training solutions to the education and resources industries. ETAS is nationally accredited and also incorporates Schrole Develop - an expert consulting and professional services business;
Schrole Verify - a new standard for background screening in the international schools sector that seeks to simplify and globalise screening with a heightened focus on child protection. 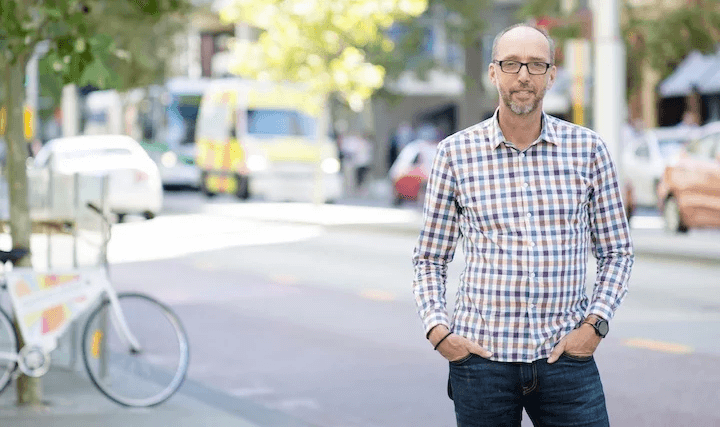 Robert Nathan is passionate and committed to supporting emerging WA startups.  Rob has a Bachelor of Telecommunications Engineering from Curtin University and a Masters Degree in Business Administration from the University of Western Australia.

Most of his career has been spent in project management and marketing, focused on development, commercialization and sales of Australian technology into global markets.  Rob is CEO and founder of Australian Tenders, which provides easy and affordable access to information on tender opportunities throughout Australia.  Established ten years ago, the company now employs five staff and has helped thousands of companies find new business at a fraction of the price that similar organisations charge.

Rob is an entrepreneur, mentor and is always giving back to the community.

Achiever of the Year Winner 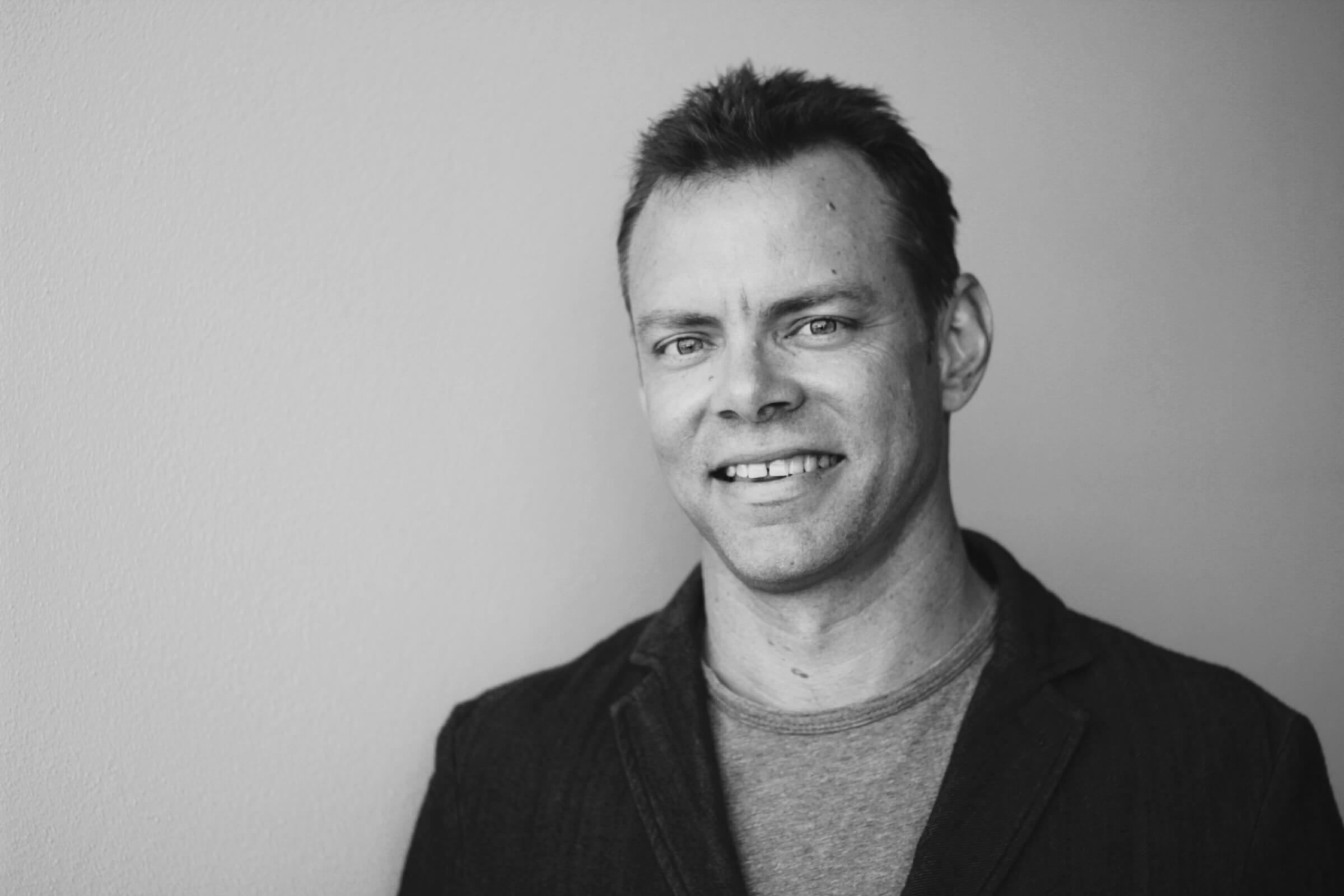 Derek Gerrard’s contribution to ICT is significant.  He won the Alpha West award for the top graduating student, when he completed his degree in information systems, at ECU, in 2000.

After taking on major international roles, overseas, Derek returned to Perth in 2004, where he has focused on building and supporting the local ICT industry.

Derek co-founded and managed the software company, Greensense, which built and commercialised software that supported sustainable energy and water consumption, in real time, in commercial and industrial buildings.  Under his leadership Greensense won several awards, including a WAITTA award for Best Product in 2011.

Since exiting Greensense, Derek has focused on investor, advisor and director roles, which, in the last three years, have achieved a total funding contribution of twenty three million dollars to WA technology.

Derek continues to build on these significant contributions, through leadership and chairman roles.  For example, with Curve Tomorrow, he has assisted the company on its growth trajectory, profitability and building innovative technology specifically for the health sector.  The company has set an ambitious goal, over the next 20 years, for its technology improving the emotional, physical and mental health of one billion people.

Derek, through his demonstrated vision, leadership and passion, is inspiring and supporting the local ICT industry to build capacity and expertise, for delivering innovative systems globally.

In order to provide effective interaction and exchange of information between the City of Bayswater and the community, we have created the Geospatial Enterprise Portal - to provide an efficient release of the City's information, integrated with other agencies, to as wide an audience as possible.

The Western Australian lifestyle that is the envy of the world is under threat from climate change. We need to act. Water Corporation, Optika Solutions and the community have joined forces to carry out the world's most advanced water use study to help secure our water future. Welcome to H2OME.

The impact of research is typically measured using case studies and metrics but these fail to show how research progresses towards impact. In a world first, Momentum *Empowering Impact* enables researchers to work in partnership with funders allowing them, and their stakeholders, to better **understand their return on investment **. 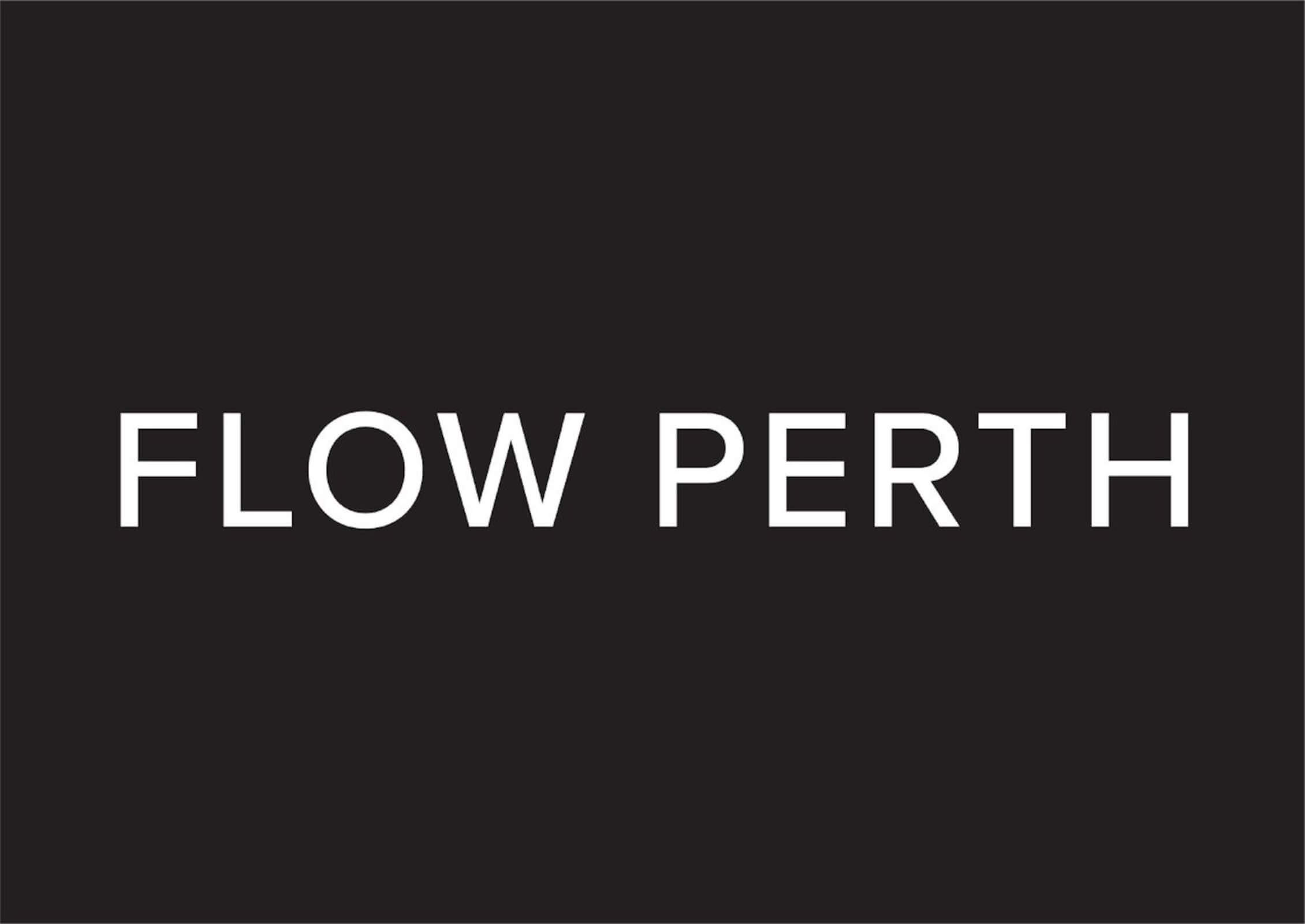 Amplifying the social impact Charities have within our communities, we partner with them to gift skilled volunteers to support and build improvements to their Technical, Marketing & Product 'problems' using Agile ways of working. By maximising their value offering we focus on upskilling the charity in becoming sustainable and responsive.

Most Innovative Enabler in Health Care

The University of Western Australia

Noisy Guts unlocks the gut's secret language to diagnose and monitor common gut disorders. Our acoustic belt listens, records and analyses gut noises. We use artificial intelligence to correlate gut noises with specific gut conditions. Our belt will transform patient outcomes and healthcare systems by reducing the need for colonoscopies. 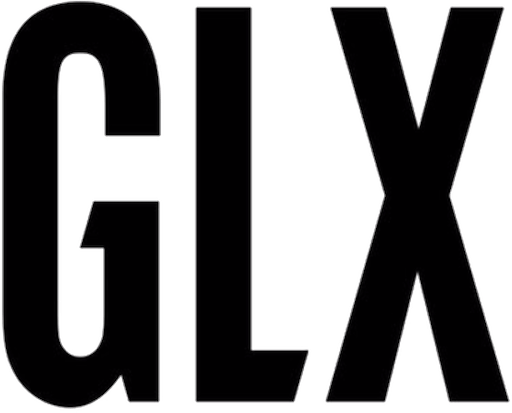 WearSense is a completely wireless plug n play wear sensor system that enables live condition based wear management and intelligence that improves productivity, safety and profitability. WearSense can be fitted to any wear liner material, anywhere and monitors wear and other key parameters in real time.

Most Transformative Impact on Education 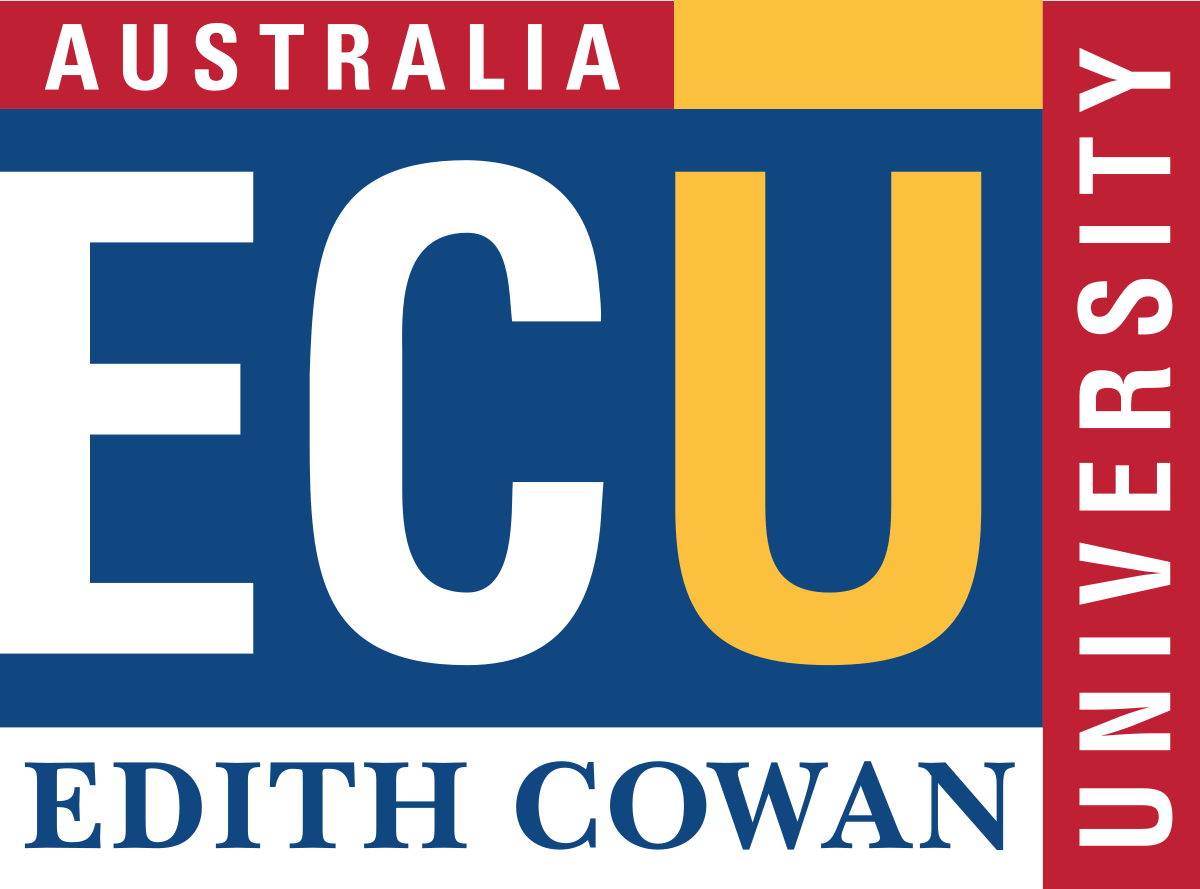 A preliminary program to visualise and manipulate OCT and Histology scans

This project transformed a laborious system which required extensive hard-coding and a kowledge of MATLAB, to a user friendly program which allows researchers to examine entire volumes of Optical Coherence Tomography scans. This includs many analytic tools such as applying an elasticity overlay which highlights properties such as tumors.

Research & Innovation Project of the Year

The impact of research is typically measured using case studies and metrics but these fail to show how research progresses towards impact. In a world first, Momentum *Empowering Impact* enables researchers to work in partnership with funders allowing them, and their stakeholders, to better **understand their return on investment **.

The University of Western Australia

Noisy Guts is dedicated to unlocking the gut's secret language to diagnose and monitor common gut disorders. Our acoustic belt has multiple sensors that listen, record and analyse gut noises. We use artificial intelligence, signal processing and machine learning to correlate rumbling and grumbling gut noises to specific gut conditions.

Over 70% of all data in organisations is unstructured data such as text logs from accident or maintenance reports. Unstructured data is seriously under-utilised. Aquila is a powerful web-based tool for extracting valuable corporate knowledge from text logs. Aquila combines innovative data mining and natural language processing techniques.

Startup of the Year 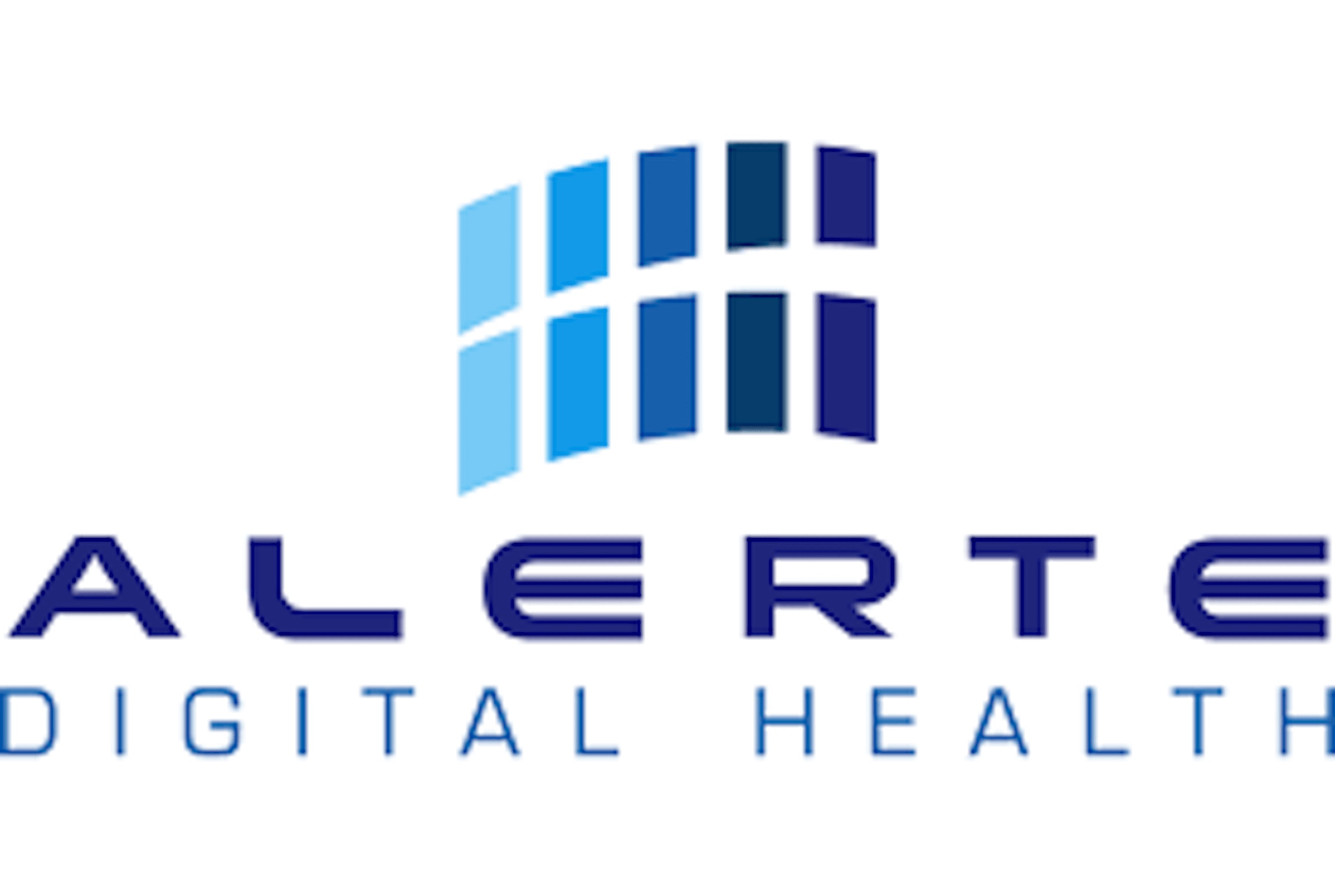 udrew is a design and engineering platform empowering business & homeowners with the ability to design, engineer and manage their own custom-building project for 70% less cost, with automated Local Government submission and instant approval. This allows project owners to begin construction in minutes - not months.