WAITTA INCITE Awards History, Part 1 – The Beginning; The Logies of IT 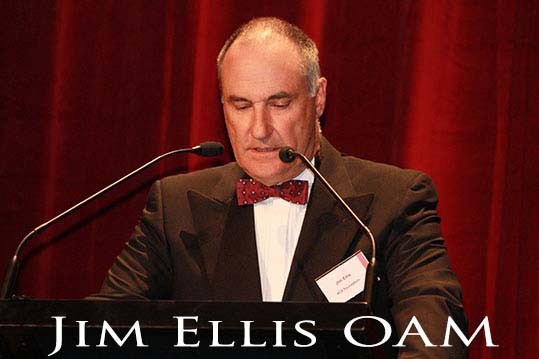 When my wife, my son and I first arrived in Western Australia in 1984, we were somewhat puzzled by the State’s motto proudly blazoned on every car licence plate, “WA The State of excitement”. Perth seemed more like a big, sprawling country town than a vibrant city. In fact our bank manager said,

“Perth is where interstate bank managers come to retire”

But fortunately not everyone saw WA in the same, negative light. In fact one local thought-leader could sense the excitement that pulsed through the veins of the ICT community, and he knew of incredible innovations and amazing developments in pockets of the community, growing in isolation beneath the surface, like diamonds waiting to be discovered.

And that thought leader was Jim Ellis, who had been Chair of ACS WA for two years. He believed in the local IT industry and felt strongly that they should have an award to showcase its unsung heroes and innovative products, just as other industries had.

And so he began discussing the concept with the ACS WA Board, and soon found allies.

“John Harris was a great collaborator,” says Jim, “and shared the vision to get it going. Other people were involved, but John did a lot of the pushing and much of the hard work to get over those first couple of years.”

Soon they were joined by Helen Jones and Jeff Rohl, and planning for the first award began.

Helen was involved in the administration in the first year, assisting with the dinners and the awards plaque.

“WAITA was created around discussions between John Harris and Jim Ellis, then taken to committees to discuss whether it should go forward,” Helen says, “and from there we set the wheels in motion to get it off the ground, which meant finding people who would judge, and who would nominate, and forming committees to do the judging and organising.”

Of course WAITA was not the polished event that we have today. “Multimedia” was still a buzzword, and so the presentation was done on an overhead projector, and all promotional materials were printed.

WAITA only had one “T” back then, as Telecommunications didn’t feature in the WAiTTA awards until 1998 following the collaboration with ATUG.

The judging was challenging for the initial group of four judges, as there was no real system, only rudimentary criteria and no system of weighting. As one judge put it,

“It was very interesting but also very challenging for us to judge, because nothing was consistent. We were comparing chalk with cheese.”’

The first WAITA, which was held in Mandurah, but was not yet an event in its own right, it was part of the ACS Branch Conference.

“It was originally just an adjunct, in fact the last part of the ACS branch Conference. It was just like a Special Interest Group or a subset of Conference.” Says Jim Ellis, “I was Master of Ceremonies for the first couple of years. We didn’t go through a presentation, we just announced the winners and called them up on stage. Eventually we became much more professional and progressed to PowerPoint slides, so we were really moving with the times in those early days.”

The winners of the first WAITA awards were:

* Keith Melville from City of Perth,

The Achiever of the year was:

Colin Yow, and the Student Achiever was John Patterson.

Geoff Gallop, who at the time was the Minister for microeconomic Reform, was the VIP and presented the awards.