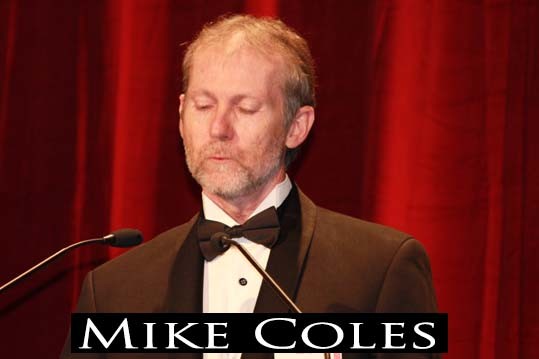 In this year the awards moved to Langley hotel in Perth, and the professionalism was stepped up a notch further.

“I was the MC at one stage,” says Professor Tony Watson, previously Deputy Vice-Chancellor (International) Edith Cowan University and WAITA Achiever of the year in 1993, “but then we chose Gerry Gannon as our professional compere.

Around the same time, Mike Coles took over WAITA and really turned the awards into something that was highly recognizable as the pinnacle of the ICT industry in the state.”

But Will it continue?

“This was a big year for WAITA because as a number of the ACS committee members have reflected, this was the year when they had to decide ‘do we go it on our own, or do we remain part of the ACS Conference?’” says Mike Coles, who was Chair of WAITTA for many years, “In 91 92 the attendance at the conference had been 110 attendees. And the big questions was – if WIATA became an event on its own, would it be able to draw a crowd?’.

But in 1994, at the first separate WAITA event, there were 154 attendees. So this was a milestone. This was also a big year because the Governor General Michael Jefferies attended and presented awards.

This marked the first involvement of our sponsor CA (Computer Associates). They were a gold sponsor until 1994 and they were a silver sponsor in 2007.

The event was gradually increasing in professionalism, and it was time to move to multimedia, which was achieved with the generous help of Edith Cowan University.

But with professionalism, comes costs. And so the number of sponsors had increased to 9.

The script for the event was produced by John Rodgers, and his daughter provided the voice-over, and continued to do so for a number of years.

The education award was renamed in honour of the late Peter Fillery, in recognition of the encouragement he had given to students, through practical projects in the marketplace.

Also in the year, the Department of Treasury won three of the 5 awards.

1998 ATUG joins WIATA and “T” for Telecommunications is added

The ACS invited ATUG to join the award, and this was recognised as a major milestone in the evolution of the WAITA award.

“The combined associations across the different sectors had given a great deal of strength to WAITA,” says Jim Ellis, “and is probably the reason why we had been able to proceed and grow the way we had. They not only brought their expertise, but also the support of their members. And that was probably the key thing in terms of making sure it became a well-recognised event for the whole industry, and we are grateful to them for that.”

Walter Green of ATUG reflects, “Jim wanted to expand the range of awards to include telecommunications, he approached me as a director of ATUG to see if we could cooperate. He actually approached me in 1996, and it took 9 months to get ATUG Board approval to work with WAITA, then in 1998 we added telecoms to WIATA to make WAITTA.”

Two extra awards were added, telecommunications, and project and service delivery, along with regional, online and multimedia awards, taking the total to ten awards.

At the same time. the number of sponsors increased to 19 and ACS employed the services of a professional multimedia company, CFN, which was another milestone.

And of course “WAITA” became “WAITTA”