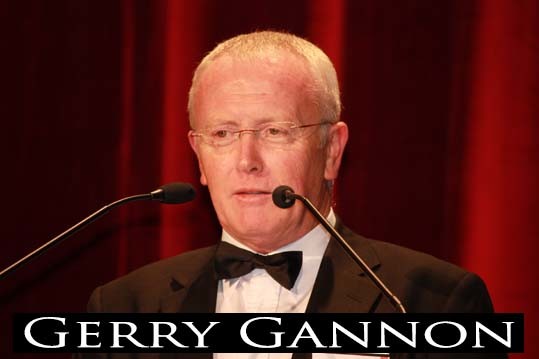 2000 Professional events coordination, a script writer, and a move to Burswood

The ACS was ever becoming more professional. But the sheer size of the event was straining the volunteer resources of the ACS, and so the WAITTA events committee decided to employ the services of Sue McLennan as a professional events coordinator.

At the same time the seemingly tireless John O’Sullivan stepped into the role of script producer.

This was also the year that the very sizable event moved to Burswood’s ballroom.

“People felt they were achieving something worthwhile,” says Barry Houghton, “Over the years as I visited the winners in their workplace, the WAITTA award was the most prominent award they were displaying. And organisations that were not producing products, such as Transport, Health and police, now had an award to recognise their achievements and innovation”

2003 The event dedicated to Jeff Rohl, and Sybil Burman becomes the new Chief Judge, and the IP donated to the iAwards

“The 13th WAITTA dedicated to Jeff Rohl,” reflects Mike Coles, “who had been the initial chief judge and set up much of the processes for the scoring systems. Sybil Burman took over a chief judge”.

The Award had evolved into a very slick, professional product, not only in the annual event, but in all the behind-the-scenes activity too.

” When I was first involved in 1996, everything was manual,’ says Sybil, “Eventually with the creation of the website nominations could be submitted electronically and could be seen by each of the panel members and the short-listing process, which involves weighted criteria, was able to be refined considerably”

The ACS later donated the IP behind the WAITTA Judging website and judging process to the National iAwards.

Allan Carpenter, the minister for State development attended and presented awards. And this was the first time that Tony Simpson, then the new member for Jarradale Serpentine, attended.

2005 a Mum and Dad win WAITTA, then go International

“I don’t want to pick one out from all the excellent winners we have had, but I want you to see what WAITTA can do.” Says Mike Coles, “iTech Consulting (now Readon after their product), a husband and wife with dyslexic daughter, found that current training wasn’t effective for their daughter’s condition, and so they developed their own. They won WAITTA product of the year and then the national iAward and then an International award. Without WAITTA there would be no local showcase no way to launch to an international marketplace.”

“Jim Ellis won Achiever of the year,” says Mike Coles, “He didn’t know he had been nominated and was about to drive a friend the airport and John O’Sullivan had to make an excuse to keep him there.

“The winners are a closely guarded secret.”